Transitions: Why William Bridges Was Right

Dan Ackerman, Executive Leader for Zeeland Classis of the RCA, discusses the process of change and transition that occurs in life on today’s Whiteboard Wednesday.

There are all kinds of changes that we have in life. There are some that we don’t think about much like changing our clothes everyday, and there are others that require deeper decision-making, like when our cars wear out, or the possibility of updating a home. But then there are other changes that are extremely significant – changes that occur when life transition happens through death or another loss of some kind.

And in reality change is not the problem. William Bridges, in his book “Transitions,” makes this point as he explains that it’s not change, but rather transition that gets to you.

So, what is that concept of transition?

Transition is the idea that change begins with people having to end or let something go. This is a tough thing. Some call it grieving or a time of separation. Either way, it is a time – a season – of letting go.

On the other hand, these kinds of transitions mark a new beginning. For example, this could be a new beginning of living life alone after a death. Or of living in a new house or new space in a community. The intriguing piece to this is that most people don’t see the “neutral zone” within a transition. The neutral zone is that space where you are able to look and examine, and ready yourself for change.

As it relates to churches, when we begin to lead change, people can be in favor initially. For example, people may be in favor of a new carpet because the old one is wore out. But when they see the new color on the floor, they may react with, “What just happened?!” Although everyone was ready for the change, for some the transition from blue to sea green was difficult to accept.

Another example of a different level of change would be an organizational change. A possible scenario could be a pastor being called to a new location. This means that there’s a number of people within the church who need to let go and say goodbye.
During this time of letting go, people need to grieve in order to get to the neutral zone, where their grief is lessened and they are able to begin appreciating the future they have. Those who are in the neutral zone are able to enter into new beginnings .

As you think about changing your church and leading change, remind yourself that it’s not the change that is most challenging, it’s the transition. 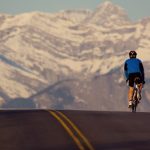 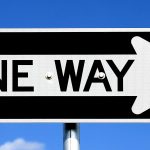