In the space of 18 days, one of the most riveting stories of our time unfolded slowly and with great risk and uncertainty. By now you know the story …

On June 23, 2018, twelve boys and their assistant coach ventured into a cave network in northern Thailand after soccer practice, and were trapped when flood waters rose rapidly.

On June 24, rescue teams found evidence that the boys and their coach were trapped inside the cave; but before they could go further, they needed to pump water out to mitigate against rising waters. In the next several days, at least six nations provided experts to help support Thai army and navy troops, and volunteers.

On July 2, two British divers found all twelve boys and their coach on a shelf inside the cave. In the next three days, supplies were delivered while experts collaborated on how best to go undergo what was now clearly a perilous, uncertain rescue effort.

On July 6, former Thai Navy Seal Saman Kunan died after running out of oxygen while underwater. The next day, July 7, rescuers determined that they needed to initiate final rescue efforts immediately due to forecasts of heavy rain.

On July 8, the first four boys were brought to safety following an 11-hour rescue operation.

Finally, on July 10, the remaining four boys and their coach were brought to safety. There was much rejoicing throughout the world!

The rescue operation in Thailand is a wonderful reminder of the value of life and the willingness of people to sacrifice for the sake of others. The end result of the rescue was significant indeed, as 13 lives were prolonged.

What’s more, what took place in Thailand has something to teach us about living as rescued people who have the joy and privilege of joining with Christ on His Great Rescue.

Joining Christ on the Great Rescue means leaving what is comfortable.

Each of the divers in Thailand left the comfort and safety of dry land to search for the lost in uncertain, murky waters. What comfort zones might you need to leave to join Christ in pursuing the lost?

“Have I not commanded you? Be strong and courageous. Do not be frightened, and do not be dismayed, for the Lord your God is with you wherever you go.” (Joshua 1:9)

Joining Christ on the Great Rescue means giving grace to others.

While the events in Thailand have revealed the capacity for good in people, they have also revealed our propensity toward judgement and condemnation.

It is well documented that Ekkapol Ake Chantawong, the soccer team’s 25-year old assistant coach, made a poor decision in guiding the team to a forbidden and dangerous area. But as “Coach Ek” was trapped in a cave and doing all he could to keep his team alive, others were taking to social media to ridicule and condemn the coach as reckless, selfish, and clearly undeserving of grace.

Are we too quick to assume the worst about others? And are we too slow to extend grace to others?

Joining Christ on the Great Rescue means collaborating with others along the way.

While the rescue team discussed a variety of approaches for getting the boys and their coach out, the approach they settled on was to medicate the boys, then place each on a stretcher as they were passed from diver to diver through the cave. This is a marvelous picture of how collaboration works to achieve a result that no single individual could attain on their own.

As Christians, God does not call us to go it alone, but to be joined in community with one another, bearing in mind that while we play a role in the Great Rescue, we don’t do the actual rescuing. After all, salvation comes NOT through people, but through Jesus Christ alone.

“I planted, Apollos watered, but God gave the growth. So neither he who plants nor he who waters is anything, but only God who gives the growth.” (1 Cor. 3:6-7)

Joining Christ on the Great Rescue means joining in celebration when the lost are found.

When the last of the boys and their coach were rescued, the world rightly celebrated the miracle of a rescue that seemed improbable from the start.

Do we join with heaven in celebrating the miracle of people eternally rescued by God? We should – it’s the best celebration this life has to offer!

“I tell you, there will be more joy in heaven over one sinner who repents than over ninety-nine righteous persons who need no repentance.” (Luke 15:7) 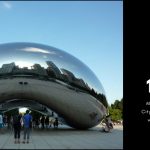 Join Us In Chicago for City to City North America 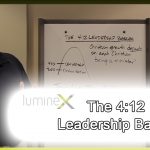