Interpreting the Bible with Truth and Love

“But that’s not what the Bible means!”

Have you ever had that reaction when you hear someone interpret Scripture? I have. And I’ll admit, my first tendency is often to write someone off as just plain wrong, not so much because I can give clear reasons why they are wrong but because I just know I’m right.

I want to do justice to Scripture, though, and to the fact of my own fallibility. To that end, I want to highlight two key steps that can help us better interpret Scripture and engage in dialogue with one another, particularly when there are areas of disagreement, as there are in the current discussions surrounding human sexuality in general and same-sex marriage in particular.

Why is this a helpful first step? Because it forces us to step back and think through the reasons we give for the conclusions and positions we hold. Often, we assume that what Scripture teaches is just obvious. And it may be—to us. It may seem obvious especially if we’ve invested time and energy in studying Scripture in the past, or if everyone else in my church agrees with the same position. But it’s helpful to step back and ask myself: how do I get from point A to point B to conclusion C? If I come to a different conclusion from other Christians, just saying that we come to different conclusions doesn’t help me dialogue with them. But we actually further our dialogue when we both start digging into the reasons why we come to the conclusions we do. Unfortunately, if I can’t or won’t acknowledge that I’m even engaging in a process of interpretation, the discussion won’t get off the ground.

When I acknowledge that we are all interpreters of Scripture, I show my commitment to truth. How? Well, once I have acknowledged that we are all interpreters of Scripture, it helps me be committed to fairly and truthfully representing the position of others. In his book Virtuous Minds, Philip Dow highlights the deep roots of fair-mindedness: “The secret of intellectually fair-minded persons is that they have chosen to put the truth above allegiance to their own ego or cherished opinions. Without that basic commitment to truth, authentic fair-mindedness is not possible.”[1] If Dow is right, think about the implications: when I build a straw man of an argument I disagree with, it shows I really don’t care about the truth! That’s not a very Christian posture, to be sure.

This step is also committed to love. How so? If we are called to love one another as sisters and brothers, then love is not just something we do at the end of our discussion, once we’ve arrived at truth, but rather love must characterize the way we engage and dialogue with one another. To paraphrase Paul, though I have the correct interpretation of a biblical text, but do not have love, I am nothing!

But we have to love each other enough to say, “I understand that you are expressing your firmly held conviction, that you are following your conscience, and that you are trying to be faithful to Scripture. But I believe you are wrong.” I realize that this might strike many Christians as arrogant or annoying, especially if you come from a church culture that assumes we all have to agree on every jot and tittle of biblical interpretation. I get it.

But if we are content to be indifferent when there are major issues at stake (such as the current discussion around marriage and human sexuality), we have ceased to love each other well. So we can be uncharitable in the way we engage in dialogue, as noted above, but we can also be uncharitable by refusing to engage in dialogue at all, or insisting that dialogue must not seek truth but only understanding of others’ viewpoints.

Church history shows us that we need to draw lines about good and bad, better and worse interpretations of Scripture. I think of two examples, one ancient and one contemporary.

In the fourth century, Arius taught that the Son was similar in essence to the Father but not of the same essence. In that sense, the Son was divine, but not in the same way as the Father. How did Arius make his case? By appealing to Scripture, including texts like Colossians 1:15-20, Proverbs 8:22-31, John 14:28, and Hebrews 4:15. We can be sympathetic toward Arius’ attempt to puzzle out how to understand these texts, but we also (hopefully) understand why his position was ultimately rejected: it does not fit with the totality of what Scripture teaches, including texts like John 1:1-14. Arius’ bad biblical interpretation comes with bad consequences as well: if Jesus is not fully divine and fully human, he cannot save us. Hopefully we can recognize that Arius’ view was one possible interpretation of the biblical material, but also that it was a bad interpretation and thus rightly rejected.

A more contemporary example is that of the Belhar Confession. Why is the Belhar needed? Precisely because it is possible to interpret the Bible in a way that enforces racial segregation, ignores the visible unity of the church, and legitimizes and reinforces social injustice. I know you’re probably tempted to react: “No it’s not! You can’t interpret the Bible that way!” Of course you can. That’s exactly how it was interpreted in South Africa (and North America).

So when we react against the Bible being interpreted that way, what we’re really saying (and what the Belhar says) is that you can interpret the Bible that way, but if you are going to be a faithful Christian, you may not. The Belhar clearly states that some kinds of biblical interpretation are better than others, that some are acceptable and others are not.

These examples from church history help us see the truth of both points above—that we are all interpreters and that there are good and bad, better and worse interpretations of Scripture.

They also help us address contemporary discussions, including those around how to interpret and apply the Bible to the current questions about same-sex marriage. In the spirit of truth and love, I offer up a series of videos meant to facilitate dialogue by talking about the task of biblical interpretation and exploring how people interpret the Bible differently on this issue. The videos are intended for individuals, consistories, churches, or anyone else who wants to dig deeper into the Bible on this issue. You can find the video resources by visiting http://www.bransonparler.com/the-bible-and-human-sexuality.html.

As we take our own place in God’s unfolding story, may we embrace the truth that we are known by our love and may we love one another enough to seek the truth.

Branson Parler
Branson Parler is a Professor of Theological Studies at Kuyper College and Director of Faith Formation at Fourth Reformed Church in Grand Rapids. Follow Branson on Twitter or his blog (bransonparler.com).
Recent Posts
Comments 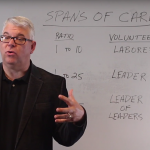 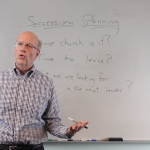