This week’s Whiteboard Wednesday, we have Rick Veenstra, who’s been serving as a minister for more than 40 years, and shares one of the life lessons he’s learned, entitled “I Hate This.”

My mom told me that I should not use the word “hate.” But I don’t know what other word to use regarding this particular leadership lesson, which has to do with something Jim Collins wrote about in a book called Good to Great. Collins stated that, “When you know you need to make a change in your staff or your team, make it.”

Another author that I’ve appreciated over the years is Patrick Lencioni, who wrote that, “One of the most important things a leader can do is to reinforce clarity.” The best ways to reinforce clarity is to have the right people on the team and the wrong people off the team. If someone doesn’t fit on the team for whatever reason, it is important to remove them from the team. That’s easier said than done. It is a challenging thing to do. I’ve never met anybody who enjoys carrying out the task of removing somebody from their team or staff. In fact, for the companies in America, statistics show that the average length in which it takes a leader to determine that a person on a team does not really fit on a team, is about 3 months. But the average length of actually removing that person from a team is ten years! If this is so hard to do, then why would we do it? Why would we tackle this as leaders?

The reason is simply that it is a painful gift to the team member who doesn’t really fit. It will be a service to that person as well as to the team. I will also do it because it will exponentially impact the effectiveness of the whole team, to have somebody not fitting be off on the team and to have somebody fitting be part of the team. And if I am charged as a leader to reinforce clarity of the mission, vision and values of our organization, our congregation, whatever it may be, the single most effective way to reinforce clarity is to enhance the appropriateness of the membership of the team or staff with which I am working. So that’s why I would tackle something this difficult

It also fits into being more like Jesus as a Christian leader. John 1 informs us that Jesus was filled with grace and truth. The Apostle Paul wrote in Ephesians 4 that we must speak truthfully to one another. Because it is biblical, I encourage you as a leader to take action in this regard, sooner rather than later. Although it can be difficult and challenging, it is very important. 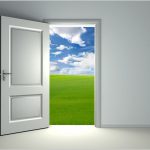 “Go into all the World” 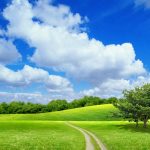