For this week’s Whiteboard Wednesday, we have Rick Veenstra, the leadership development catalyst for Luminex share with us the 2 basic characteristics in being a successful leader for the Church.

In Jim Collins landmark book Good to Great, he identified two basic characteristics that enable leaders to lead effective and successful companies for a sustained period of time. As Christian leaders, we too can apply these characteristics in our leadership.

First, these leaders have a deep sense of personal humility, and second, they have an unshakable will regarding the mission, vision, and values of the company (or in our case, the congregation or the Christian organization we are leading).

Our culture has a bias toward charismatic leaders. But research shows that effective leadership is not dependent on a “larger than life” personality. In fact, all the leaders of the eleven “good to great” companies were not well known people. Rather, they were people who demonstrated personal humility and an unshakable will and commitment to the purposes of their company. This is a very delicate area, because we are not against charismatic leadership. In fact, some charismatic, larger than life leaders like Bill Hybels have been a tremendous influence on countless people and churches.

The issue is not personality, whether the leaders is an introvert or extrovert. The issue is whether or not the leader is humble. Over the years we have noticed that arrogance in a Christian leader is generally accompanied by ineffective leadership. Sometimes it precedes a fall for that leader, in terms of that leader’s character or the way in which the leader conducts himself. This is not surprising for Christians, given that the Bible is filled with examples. Think about Peter, who was bold, confident and sure of himself, but failed when the rubber met the road. Peter denied Jesus three times, but later on, as a failed but forgiven disciple of Jesus, he served as a leader of the church and an apostle for decades to come.

So the issue is not personality, but humility … and an unshakable will to the task, the calling that is before a leader. Ultimately it is steadfast commitment to the mission, vision and values of the organization or congregation we are leading.

How are five-star leaders developed in our churches and ministry organizations? Through leaders who are humble and have an unshakable commitment to what matters most. 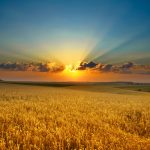 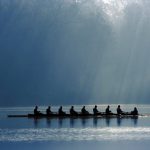 The Miracle of Team