On Today’s Whiteboard Wednesday, Dan Ackerman, Executive Leader for the Zeeland Classis of the Reformed Church in America, speaks about how to create effective job descriptions that will enhance mission growth.

The great news about Pentecost is that God entrusted his Church with the plan to expand His Kingdom.  In fact, God’s mission in Pentecost, or from Pentecost, can be described as Kingdom expansion. The bad news is that the Church has struggled to live into the call to expansion, rather than contraction or stability.

A major factor in determining whether or not the Church will expand is how we think about staff.

How does a typical job description begin? Most often, “to-do” lists are generated and combined with like-minded topics. Each staff member will have their own list, which are broken down further into time allocated for specific tasks. This then allows the initial to-do lists to define the job. The to-do list is most often about how we keep things that are happening to continue happening. The job list describes or defines the job and it’s often not about Kingdom expansion at all, but about maintaining.

So, how do we change that reality? There are three words that help: Recruit. Develop. Deploy.

When we think about staffing, we need to consider who to recruit, how to develop people, and where to deploy people. This approach needs to be taken for each and every role.

By using the “Recruit-Develop-Deploy” approach, to-do lists become secondary to empowering people to lead ministry in the church. Then, God’s mission call of Kingdom expansion comes into view as church staff are properly trained, equipped, and deployed in mission.

As your church thinks about its necessary roles and begins to assess job descriptions, don’t think about the to-do list. Rather, explore who to recruit, develop and deploy in God’s mission of Kingdom expansion. 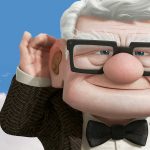 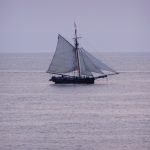 To Catch the Wind, Hoist Your Sail